A jewel of Franco-Czech cultural ties

In 1985, the City of Grenoble officially expressed its interest in the Czech engraver Bohuslav Reynek’s prints and poems and the poems of his French wife Suzanne Renaud by organising an exhibition about them at the Madison Stendhal with the assistance of the Bibliothèque municipale d’Étude.

Since then, methodical work has been undertaken in France on the life and work of this couple of creators in close collaboration with Michel and Daniel Reynek, their two sons.

In December 1993 the non-profit organisation Romarin-Les Amis de Suzanne Renaud et Bohuslav Reynek was founded to pursue the goal, uninterrupted for thirty years, of preserving and enhancing a precious heritage common to the two artists’ countries, France and the Czech Republic.

Based in the Grenoble region, Romarin publishes books, usually bilingual in French and Czech: collections of poems, correspondence, exhibition catalogues and biographies. The two-volume publication (1995 and 1999) of Suzanne Renaud’s Œuvre poétique complet (Complete Poetic Works) brought to light the originality of the French poetess’ work. This website, created in 2001 and continuously enhanced with information and publications, provides online access to the Illustrated catalogue raisonné of Bohuslav Reynek’s graphic work. Free of charge, it is partially published in three languages: French, Czech and English

▶ A Journey through the Dauphiné 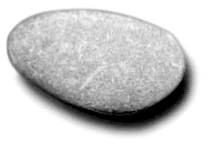 Become a member to receive information, contribute, exchange, meet other members and cultivate bonds born of a century-old history.

Romarin, a non-profit organisation founded in Grenoble in December 1993, preserves, promotes and calls attention to the poetry and graphic work of the Czech engraver Bohuslav Reynek and Suzanne Renaud, his Grenoble wife.